WizKids new unpainted minis line feature a collection that will include characters, creatures, and even scene-building elements in a variety of sculpts (most of these will come fully assembled)

They are calling some packs ‘Level Up Packs’ which supposedly will contain both a standard and advanced sculpt of the same featured character.

Level Up Packs will include two (2) figures per pack, one standard and one advanced.

Monster Packs will contain 1-3 miniatures with different poses of a single monster. (Still not confirmed as it is believed the bigger monster packs may only have a single miniature as ever Wizkids are not the best at sharing details ahead of time)

Note the level of detail in each figure and the many facets and intricacies between each.

There will be a vast assortment of both male and female characters from a variety of classes and races in the initial release of unpainted minis.

Images: Some of the miniatures I do not have images for at present but hopefully will update them soon before release.  The ones I have are 3D renders so may differ slightly in reality.

Condition: These models are brand new.

Review all the miniatures available and add your comments here: 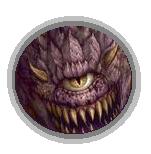